My name is Patricia Peyton and I am an FSWEP student working with the Canada-Nunavut Geoscience Office in Iqaluit. I have graduated from the Nunavut Arctic College with a diploma in Environmental Technology Program and I am continuing my schooling to be an Inuktitut interpreter/ Translator with the Language and Culture Program, Nunavut Arctic College. I began working with CNGO in the summer of 2012 on its Hall Peninsula Geoscience Project and have continued to work with the office ever since. I work part time during the school year and full time during the summer as a Geological Field Assistant. 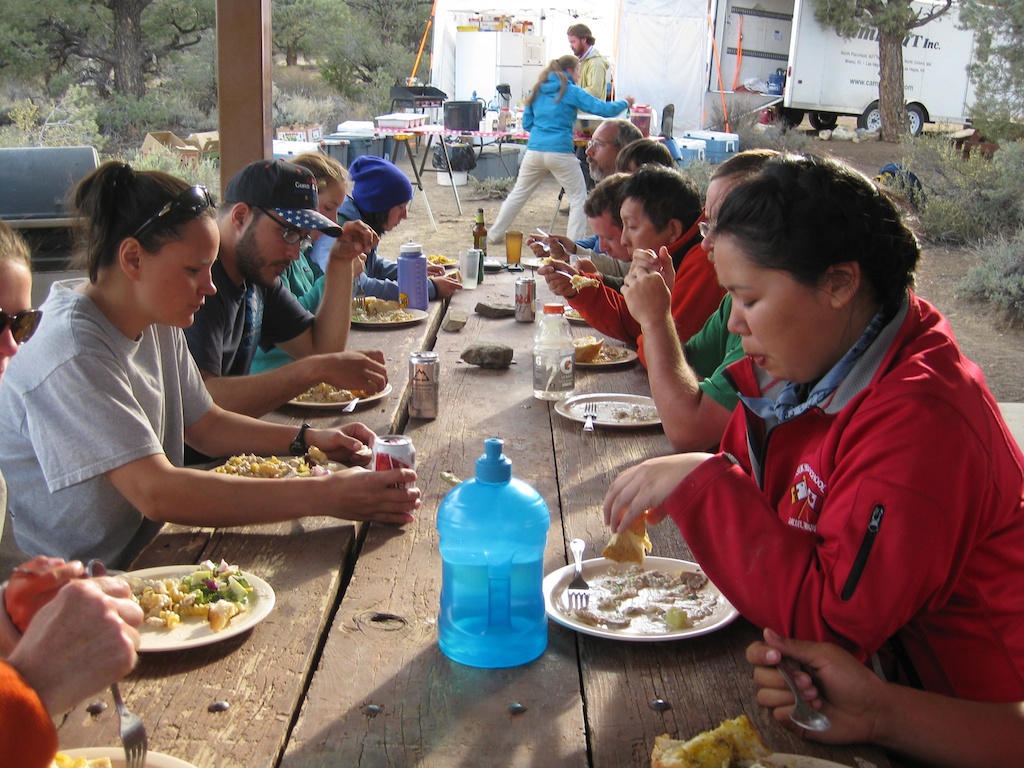 Dinner at Cedar Flat campground in the White Mountains of Eastern California.
Photo by Richard Anderson.

From May 19 to 28, 2013, Candice Sudlovenick (Government of Nunavut summer student) and I participated in an advanced Earth Science Field School with the Dalhousie University in California. The Canada-Nunavut Geoscience Office and Dalhousie worked together to develop a custom program for Nunavut Students. This was developed by Mike Young (Field School Instructor, Dalhousie University) with the support of CNGO Chief Geologist David Mate.

During the field school we studied and camped with the fourth year Earth Sciences students.

The Little Poleta map area in the White Mountains of Eastern California.
Photo by Mike Young.

Mike developed a custom mapping project for both Candice and me. It focused on mapping “Little Poleta” located in Deep Springs Valley in a high desert valley in the Inyo-White Mountains of eastern California. Mike assisted us in how to properly make a geological sketch of the area. 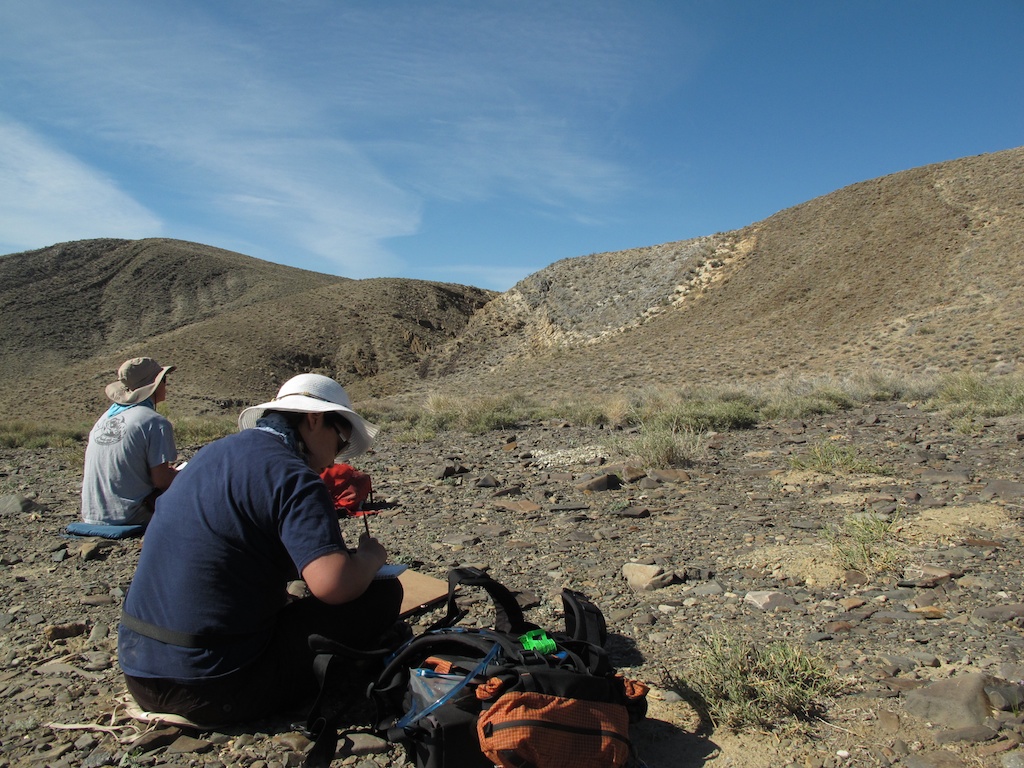 Sketching rock formations in the Little Poleta map area in the White Mountains of Eastern California.
Photo by Mike Young.

Back in camp, Candice and I used our observations to sketch out a geological map. We could start to see the distribution of different rock types and how they were impacted by faulting. We were also able to determine when faulting occurred.

We feel like we have gained new geoscience skills and a better understanding of three dimensional geometry of folds and faults. This will help us conduct our own mapping activity on Hall Peninsula this summer with the CNGO mapping crew. This could include mapping new carving stone deposits or solving some other interesting geological problem. We hope to write-up our results in CNGO’s Summary of Activities 2013 volume.